BC Regional FireFit Championships wrap up in Courtenay 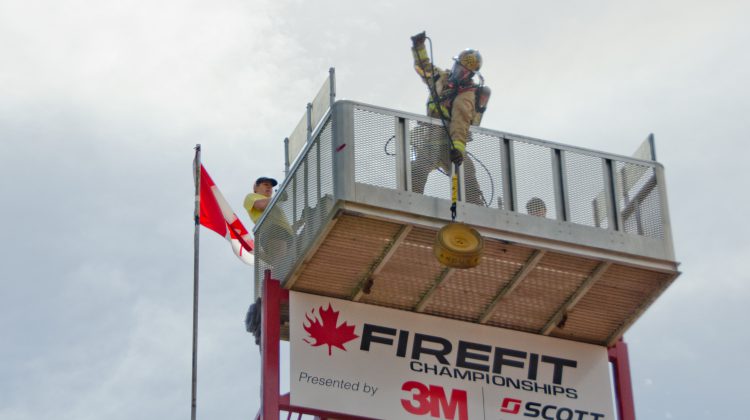 Captain Jonathan Welsh pulls a fire hose up the tower during the FireFit competition in Courtenay on Saturday, May 11th, 2019. Photo by James Wood/98.9 The Goat/Vista Radio

COURTENAY, B.C- The BC Regional FireFit Championships were in the City of Courtenay over the weekend.

According to Courtenay Fire captain Jonathan Welsh, firefighters from all over the country came to compete

Multiple teams from the Courtenay Fire department took home medals, including the woman’s team, who walked away with gold.

Welsh added that the support from the community was overwhelming.

“Everybody in the city of Courtenay are absolutely amazing.”

“The departments that came throughout the province they were just in awe of the support and the cheering we received from our local community,” Welsh added.

Welsh also said that the men’s team will have to recover quickly before they head to another competition in Kamloops later this month.