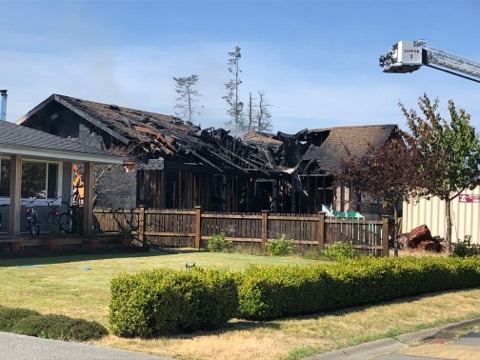 CAMPBELL RIVER, B.C – A second house fire within a day of the first in Campbell River has also been deemed suspicious.

A fire at an abandoned house Monday afternoon is currently under investigation.

RCMP did confirm that the residence has not been lived in for some time, but there were recent reports of squatters coming and going from the home.

Campbell River Fire Chief Thomas Doherty says crews had to contain the fire quickly before things in the area made it worse.

“There were a number of hazards around the property with some propane tanks venting off and a few explosions, a few sea containers as well which could have some hidden dangers inside them at times,” said Doherty.

He added that the cause of the fire is under investigation.

“That fire does appear to be suspicious in nature and has been handed over to the RCMP.”