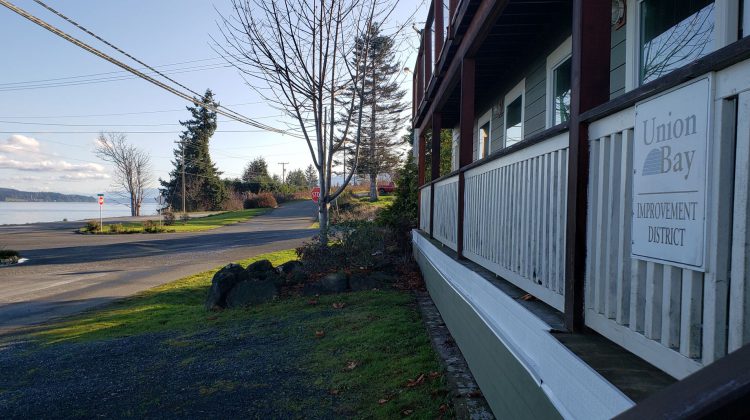 Photo of the UBID building in Union Bay(taken by Jon Gauthier, MyComoxValleyNow.com Staff)

The Union Bay by-election results are in, and Ian Munro will be joining the board of trustees.

He won the by-election by a large majority.

Most of the votes were tallied during the advanced poles, which took place on November 12th.

At that time, Munro was leading the way with 167.

When the votes were all counted however Munro brought in 262.

Second place went to Treasure Ducharme with 131 votes and a third person on the ballot, Teresa Knight, had eight votes.

The district’s offices were closed today and Munro was available for comment but current board trustee member, Hein Vandenburg says although he hasn’t met Munro, he’s looking forward to working with him.

“We barely know each other at this point. There were three people running, none of which I knew before they ran. I just met Ian just very recently but I’m looking forward to working with him,” said Vandenburg.