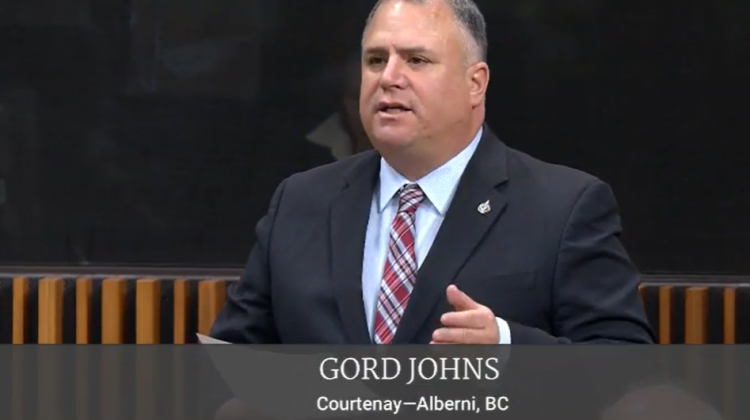 Courtenay-Alberni NDP MP Gord Johns is asking the Liberal government to stick to its promise of transitioning to closed pen fish farms by 2025.

Johns says things need to change now to help save salmon on the west coast.

“The Liberals promised they would move to on-land, closed containment salmon farms on the BC coast by 2025. Now they’re saying they won’t even have a plan until 2025. BC Wild salmon and workers can’t wait 5 years. The transition needs to get started now to save Pacific wild salmon.”

Johns adds that waiting until 2025 for a plan, isn’t enough.

“It’s too long to wait for a plan, people need action,” said Johns. “People across my riding depend on wild salmon, and with the historic lows in salmon returns the government has to act immediately to get the transition started as soon as possible.”

Parliamentary Secretary to the Minister for Fisheries, Oceans and the Canadian Coast Guard, Terry Beech responded to Johns in House of Commons explaining that fish farms are a complex issue that will take time to figure out.

“When it comes to thin fish open net-pen aquaculture specific to the BC coast, we are moving forward on our commitment to transition away completely independent from anything happening on the east coast.”

Last year, the Liberal party made an election campaign pledge to phase out ocean net-pen salmon farming in B.C. by 2025.