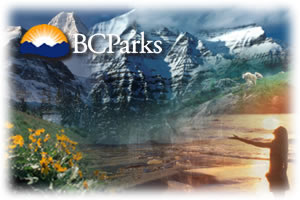 BC Parks image. (Supplied by the Province of British Columbia)

B.C.’s parks are more popular than ever as more people stay closer to home during the pandemic.

We’re coming off one of the busiest periods on record for BC Parks, with Google mobility data reporting 150 to 200 percent increases in park visits across B.C. through the spring and summer.

Results from a new survey from the Canadian Parks and Wilderness Society – BC Chapter (CPAWS-BC) underscores the importance of parks in B.C.

Nearly 80 percent of its respondents agreed that tourism to parks can help the economy recover from the pandemic.

“People are visiting parks more than they ever have and are spending money in local communities when they visit,” said Tori Ball, Terrestrial Campaigner with CPAWS-BC.

Ball added that “this is helping keep jobs in small businesses that have been among the hardest hit by the pandemic,” and highlights the importance of B.C.’s parks in rebuilding our economy.”

Other key findings include:

Looking ahead, the majority of British Columbians expect to travel to parks just as much or more than they already do.

The society says this raises concerns about whether or not parks will be ready to support more visitors when they’re already struggling and well over capacity.

“We’re already experiencing the consequences of an overburdened park system, with overcrowded trails and campsites being the new norm,” Ball said. “This is really frustrating for people trying to follow provincial health orders by spending more time outside and close to home, who are unable to get a day use pass or camping reservation for their family.”

CPAWS-BC is calling for an increase in operational funding for BC Parks, to support British Columbians through the public health crisis and, it says, “to help build back a better and more resilient provincial economy.”

“The public health benefits of parks are widely recognized at this point, and the economic returns from investing in these places are well within reach. Parks need to be part of the solution, and now is the time for the province to cash in on these benefits by reinvesting in parks,” Ball said.

This survey was conducted online between Sept. 3rd and 8th.

Responses were collected from 979 people across the province.