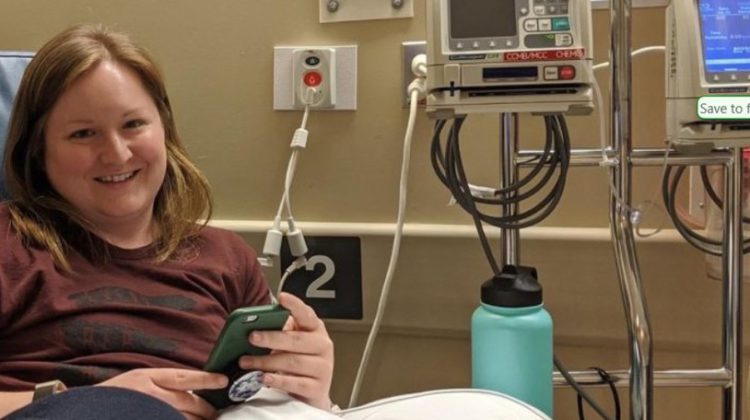 Lisa Green’s doctors have now given her only weeks to live.

Originally from Vancouver Island, Lisa has had a rough year. She’s been fighting cancer while residing in Winnipeg for school.

All treatments have been exhausted and she’s now palliative, so her plans to graduate have been put on the back burner and her last wish is to return to her hometown of Campbell River.

Lisa’s husband, Christopher Green, says Lisa is hoping to spend her remaining weeks in a place of familiarity and comfort, while surrounded by family and friends.

“We are technically Manitoba residents because we’ve been here longer than three months, but really we’re from the Island and we need to privately raise these funds to get her home.”

An organization called Global Angel Charity has stepped up and is now raising funds to help. The goal is $43,000, as Lisa will need to take an air ambulance which isn’t covered by insurance.

“They set a ten-day timer to try and make this goal happen. We’re doing every bit we can to get there before Lisa passes,” Chris says.

Back in 2016, Lisa was diagnosed with stage three/four Non-Hodgkin’s Follicular Lymphoma. This diagnosis came during her second year as a Human Nutrition Sciences student. However, her diagnosis didn’t slow her down as she completed her degree, graduating with honours in June 2019.

In December of last year, while working as an unpaid dietetic intern, Lisa developed a major clot in her leg which meant putting her internship on hold and starting chemotherapy treatment.

Her treatments began this past January, and on July 27th she toasted to six months’ treatment complete.

In the very same week, as she completed her Follicular Lymphoma treatment, Lisa felt off, and some strange new symptoms appeared.

It turned out she had a new, unrelated, rare and aggressive brain cancer. Lisa’s doctors reminded her that she, like this cancer, was a rare and unique case, and they believed a cure was possible.

Unfortunately, Lisa suffered significant complications, and her doctor felt it was time to shift care to palliative measures.

When they learned that Lisa would not survive, she and Chris got married in the hospital chapel, with their family in B.C. joining them via Zoom.

“Wanting to be home is something that resonates with everybody, and we want to be home,” Chris adds.

If you can help Lisa fulfill her wish, donate here.