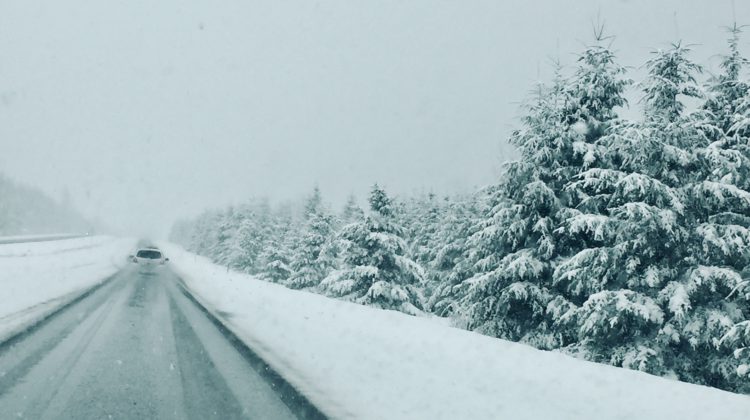 It wasn’t quite snowmaggedon.

But in some parts of Vancouver Island and the Sunshine Coast, we’re coming off a weekend snowstorm for the ages.

Environment Canada meteorologist Armel Castellan says it was the big event of the winter, so far.

“We went through an extraordinarily warm December, January, and really until this point, in February,” he said. “Now we’ve finally gotten to a northwesterly flow, and that always is when the snow potential really climbs up and that’s exactly what we had this weekend. It wasn’t like a blizzard of ’96 but I think it was fun for quite a few people.”

Campbell River, Powell River, and the Comox Valley were just some of the places that saw record snow on Feb. 12th and 13th.

Snowfall amounts from Saturday to 8:00am Monday morning were:

Castellan says the La Niña effect could mean winter will be late arriving and sticking around for quite a while, yet.

“We’re kind of dealing with the depth of winter now, and we could keep in that pattern to be at or likely maybe below normal for the next several weeks, let alone possibly a couple of months.”

He says over the next week or so, we’ll see temperatures just a little bit below normal for this time of the year.

Come next weekend, we could see a pulse of rain with freezing levels jumping up as high as 200m, which could mean a bit of sloppy mess on Mount Washington and Mount Cain.

Beyond that, the pattern will stay colder than normal, according to Castellan.